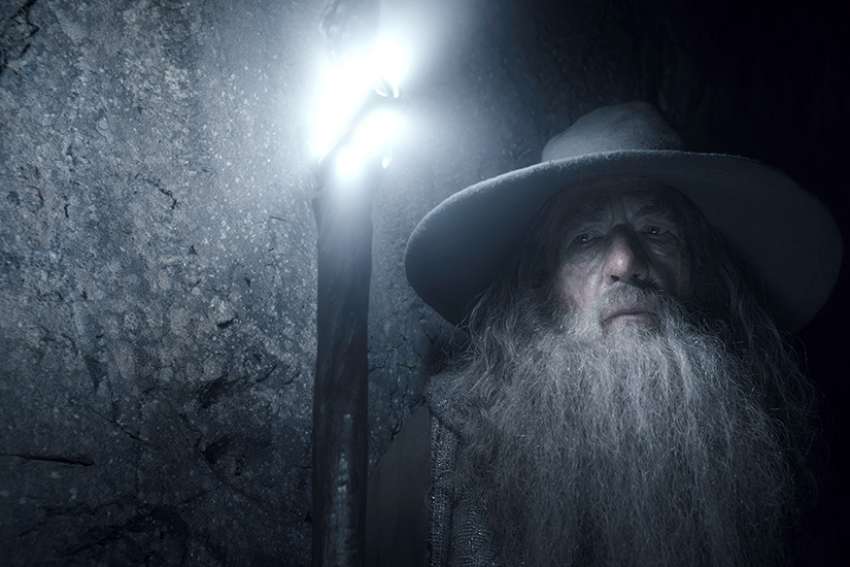 Written by Vanessa Santilli-Raimondo for The Catholic Register on June 14, 2018

It’s big news for fans of J.R.R. Tolkien that Amazon has made a billion-dollar commitment to bring to television a five-season series based on the epic Lord of the Rings fantasy saga.

While the characters and storylines remain secret — except for rumours that a main character in this prequel will be a young Aragorn (one of the heroes in the Lord of the Rings) — we do know that the content will be drawn from the six “Appendices” that appeared at the end of the last book in the Catholic writer’s trilogy. The Appendices, comprised of material Tolkien chose to leave out of the main narrative, add details about the early lives of the characters and the history and culture of the fictional land of Middle-earth, a fantastical world of hobbits, elves, dwarves and even talking tree-like characters called ents. These early years will form the plot of the series.

Tolkien, who became a Catholic at age eight after his mother joined the faith, tackled the timeless battle of good vs. evil in all his writings. Guided by his faith, he skillfully weaved Catholic symbolism throughout his work.

One notable Catholic parallel — and a character I hope to see in the upcoming series — is Lady Galadriel, who has a very Marian feel about her. Sometimes referred to as Lady of Light and often described as being bathed in light, she is a source of guidance and maternal comfort and is considered the “greatest of the elven women.” It is Galadriel who provides the hobbits with the gift of lembas bread, a life-giving food that sustains Frodo and Sam on the path to Mordor in the Lord of the Rings tales. Symbolic of the Eucharist, it keeps them physically full and, one could argue, spiritually full as it fuels their hope and inner strength.

I’m looking forward to seeing this type of symbolism come to life on the small screen. It would be a disservice to Tolkien if this were not the case. These Catholic connections are fundamental elements of Tolkien and the characters he created, so to exclude this element in the upcoming series would be to undermine the very essence of Tolkien’s tales.

The faith references throughout Lord of the Rings were absolutely intentional. In a letter to Jesuit priest Fr. Robert Murray, Tolkien wrote: ‘’The Lord of the Rings is of course a fundamentally religious and Catholic work; unconsciously so at first, but consciously in the revision. That is why I have not put in, or have cut out practically all references to anything like ‘religion,’ to cults or practices, in the imaginary world. For the religious element is absorbed into the story and symbolism.”

Tolkien has always resonated with me. He writes on universal themes of hope, friendship and love, all the while creating an unparalleled world of fantasy, chock full of new languages and mystical races and creatures. That is why stories published in the 1950s remain relevant today.

His tales act like a timeless moral guide. We’re introduced to characters who face one peril after another and, in the end, choose to do what is right, rather than what is easy. We see this when Aragorn meets his future wife Arwen. He no doubt wants to stay with her. But, given his important obligations as the next king, he places the well-being of Middle-earth first. “He went out into the wild. For nearly 30 years, he laboured in the cause against Sauron,” a Satan-like character who is the epitome of evil.

The producers at Amazon have a wonderful opportunity to create meaningful television by going to the heart of Tolkien’s works. We’ll have to wait and see how it all comes together, but one thing is certain: If done right this series can ensure that a new generation will be introduced to the wonder and parable-like quality of Tolkien’s tales.

But just as art can be interpreted in many ways, bringing literature to film is a subjective undertaking. So there is no way of telling how Tolkien’s work will be presented to a television audience. There is already skepticism. John Rhys-Davies, who played Gimli the dwarf in the movie trilogy, called the venture a “disgrace” and suggested “poor Tolkien must be spinning in his grave” over a project motivated by an obvious lust for money. Amazon is slated to begin production over the next two years.

Meantime, I’ll eagerly await the release of the next wave of Tolkien’s timeless tales of Middle-earth — and I’ll be on the lookout for the thread of faith that is sewn like a strong seam into the fabric of Tolkien’s storylines and characters.