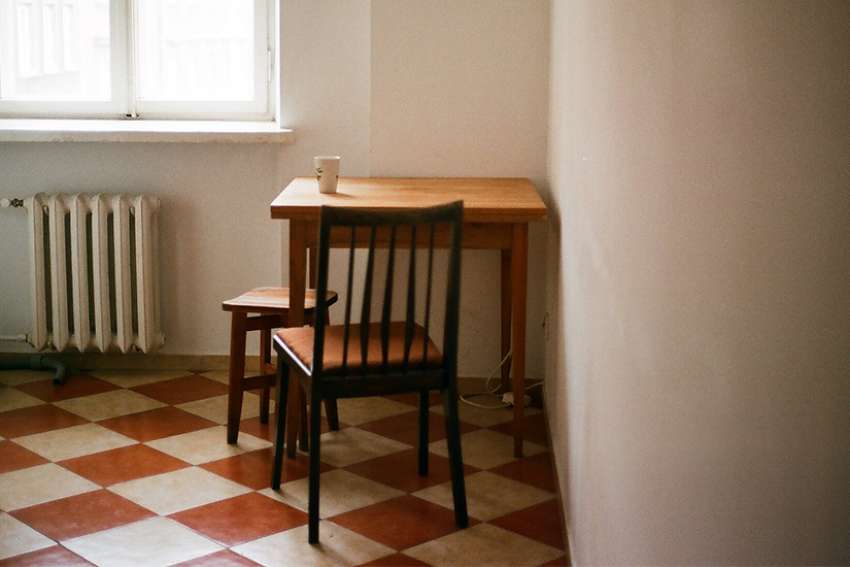 In today’s world, people are mostly foreign to stillness.

Being continually busy is the norm, and finding time to do absolutely nothing but sit back, relax and be still is a novel concept. But hard as it may be to find time for stillness, it’s a practice that can be used to increase our focus and direction — and to build a deeper connection with God in our lives.

Travel writer Pico Iyer is an expert on staying busy and being still.

“Not many years ago, it was access to information and movement that seemed our greatest luxury,” reflected Iyer in his book, The Art of Stillness. “Nowadays, it’s often freedom from information, the chance to sit still, that feels like the ultimate prize.”

Iyer would know — he’s made a life of travelling the world. It was through his habit of movement that he found himself a visitor at a Benedictine monastery in California, where he first engaged in the pursuit of stillness. He’s since visited more than 80 times and has found a silence that has enriched his life.

Society’s collective need for downtime has surfaced through a travel trend called “silence tourism.” According to an article published last summer in Condé Naste Traveler, “being quiet is the newest adventure trend” as people flock to vacation destinations that promise a digital detox from the demands of a 24/7 culture.

There’s science behind the claim that silence — a key to stillness — is beneficial to health. In 2011, a World Health Organization report called noise pollution the “modern plague.” The report found overwhelming evidence that exposure to environmental noise has adverse effects on the health of the population.

In the Catholic tradition, the benefits of silence are not new. Silent retreats are one means widely available for people to take time to be still, unwind and re-orient their life’s direction. Another tool that can bring an encounter with the art of stillness is Christian meditation, often described as a “prayer of the heart.”

To meditate, sit upright and breathe calmly. Then, close your eyes and in your mind and heart repeat the Aramaic word “Maranatha.” It’s an ancient Christian prayer word that means, “Come, Lord Jesus.” While you do this, pay particular attention to your breathing and listen to the sound of the mantra (to be recited as four syllables).

“Let go of all thoughts (even good thoughts), images and other words,” wrote Fr. John Main, an Oblate who played a major role in the rediscovery of this prayer tradition once practised by early Christian monks. “Don’t fight your distractions: let them go by saying your mantra faithfully, gently and attentively and returning to it as soon as you realize you have stopped saying it or when your attention wanders.”

It may sound easy — after all, you are kicking back and relaxing — but in practice it’s not that straightforward. Even after multiple attempts, I still found it difficult. It feels counterintuitive to sit still in silence and let your thoughts pass by. But keeping up the practice has led me to moments of much-needed tranquility.

Christian meditation is essentially the discipline of finding time and training yourself to be still, which, in turn, helps focus your thoughts on God — even if it’s just for a few minutes a day. Cutting through the external noise is the first step, but there is also internal noise and distractions that can be just as loud.

Praying the rosary is another tried and true method for becoming still and connecting with God. Praying the rosary in the silence of your home is one option, or you might try putting your rosary in your pocket and taking it on a walk with you, swapping your headphones for the decades of the rosary.

There are many ways to achieve stillness but they all require much self-control. But it’s definitely a worthy pursuit as a means to counter the distractions and overstimulation that is part of daily living.

“God hidden within me,” wrote the late, great theologian Thomas Merton. “I find Him by hiding in the silence in which He is concealed.”