The Mi’kmaq people of New Brunswick have been protesting shale gas development, which has resulted in clashes with the RCMP.

In October, police officers enforced an injunction against a blockade led by the Mi’kmaq Warrior Society at a worksite for Houston-based SWN Resources Canada, reported Indian Country Today Media Network. 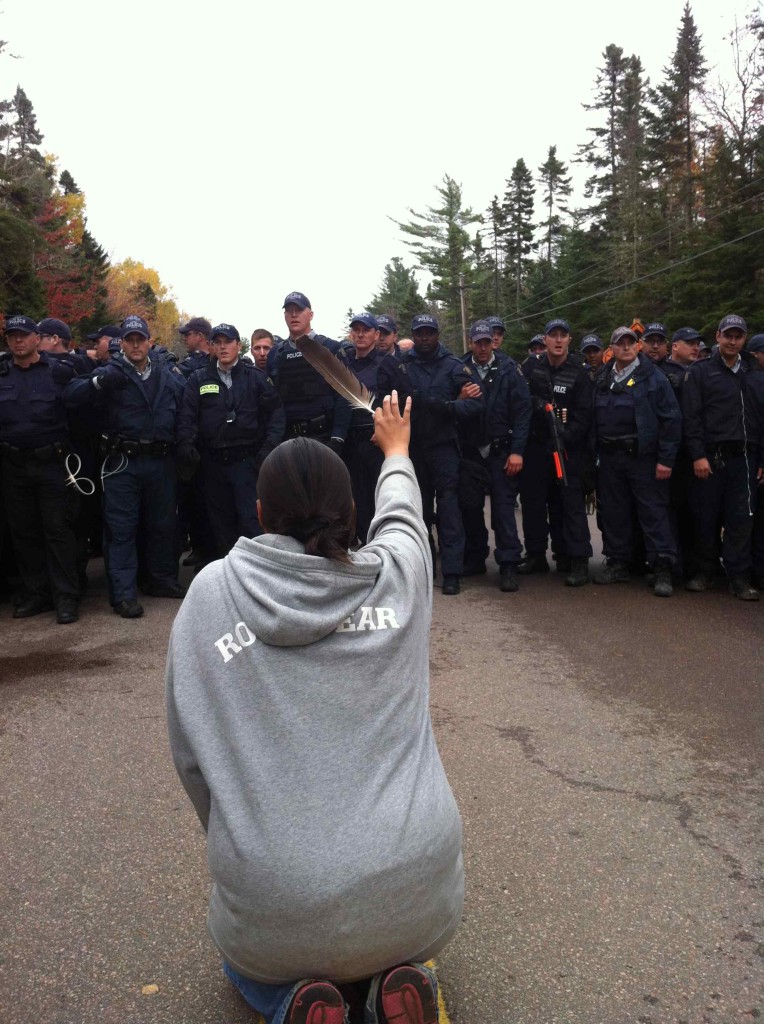 At least 40 people were arrested for “various offences including firearms offences, uttering threats, intimidation, mischief and for refusing to abide by a court injunction,” said the RCMP.

Cheyenne Mary, a woman of Mi’kmaq background who lives in Rexton, N.B., says she was anxious and nervous as the violence unfolded.

“We never expected that,” says Mary, whose husband is from Elsipogtog, the community at the forefront. “When you protest against a big company, you expect backlash, but not what happened on Oct. 17. It was shocking.”

However, she says it was heartwarming to see that by that same evening, it felt like the whole world was in solidarity with her town and community.

“There are no words to fully express our gratitude for this much support.”

As of December, the conflict continued as protestors set tires on fire to block a highway. This was in response to a judge’s decision to extend an injunction limiting their protests against the gas exploration company, according to reports from Al Jazeera America.

The crux of the conflict boils down to fracking, says Jorge Barrera, a web journalist for the Aboriginal Peoples Television Network (APTN).

According to the website DangersOfFracking.com – a one-page scrolling website designed to help people understand the controversial process – tracking is the process of drilling and injecting fluid into the ground at a high pressure in order to fracture shale rocks to release natural gas inside.

During this process, methane gas and toxic chemicals can leech out from the system and contaminate nearby groundwater, writes the website’s creator Linda Dong.

Mary adds that it’s not just Mi’kmaq people or those on reserves who will be affected.

“My family and I, along with many others, live outside the government imposed reserve system,” she says. “We own our home and our water supply comes from a well in our backyard. Make no mistake about it, our well water will be contaminated if fracking comes to town. Everyone will be affected, not just Mi’kmaq people.”

“Like nothing else in our history,” she says. “This is an extremely important and unexpected result.”

But for now, it looks like the protesting is over.

APTN reported Dec. 6 that Elsipogtog War Chief John Levi was informed by the RCMP that SWN Resources Canada is ending their exploration work, but will return in 2015, with no mention of a more specific timetable.

One thought on “Mi’kmaq people defend territory from fracking”