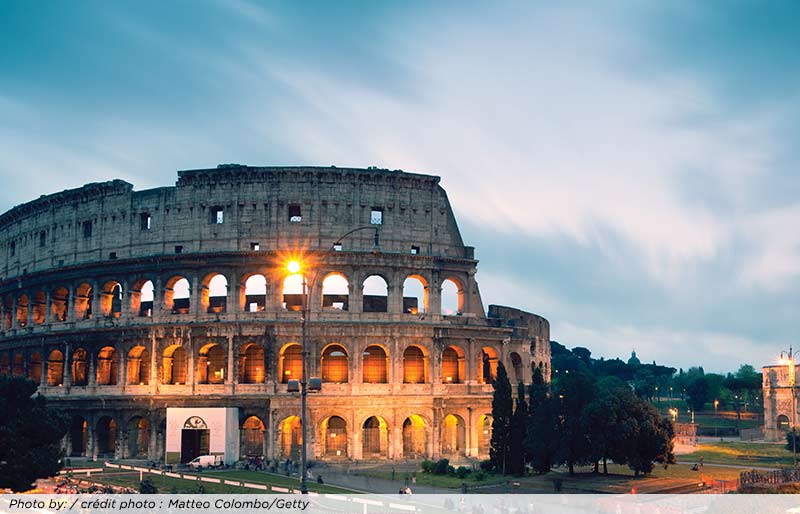 Written by Vanessa Santilli-Raimondo for CPA Magazine on December 1, 2017

Rome, the capital city of Italy, is a hub of history, culture and business. The fourth-most-populous city in the European Union, it boasts 2.87 million inhabitants, with its greater metropolitan area home to upward of 4.3 million.

The Eternal City’s economy is diverse, with thriving technology, communications, commerce and service sectors, including tourism. Most of Rome’s employers are part of the service sector. One of the biggest employers is the government, as many of its agencies and ministries are located in the city.

Tourism, however, is the leading industry in the city’s economy, attracting millions of visitors annually. As well, Rome is a popular site for conferences and trade fairs; with venues capable of accommodating 40,000 visitors, it boasts the largest site of such events in Europe.

This year, the Italian economy will grow by 1.4% — its strongest performance in a decade. Rome’s importance is further underscored by the fact that, in 2015, its labour productivity was 20% higher than in the rest of the country.

The following etiquette points have been taken from the Government of Canada website for the Canadian Trade Commissioner Service.

1. Close encounters. Italians feel comfortable standing closer together than the normal North American distance of two feet. Don’t back away.

2. Avoid controversial topics. Subjects to steer clear of include religion, politics and the Second World War.

As well, keep in mind that it can be considered insulting to ask someone you have just met at a social gathering about his or her profession.

3. Be aware of the Company’s internal structure. Corporations in Italy often have a horizontal chain of authority. Italians call it a cordata (a team of mountain climbers on the same rope). To facilitate business, one should have a reliable contact who has full knowledge of the company’s inner workings.

4. Take your time. Negotiating is often lengthy. A sense of urgency can weaken your bargaining position.

5. Business entertaining. Italian hospitality often means dining in a restaurant. No matter how you feel, refusing an invitation will offend.

6. Look the part. In the business world, good clothes are a badge of success. Women dress with quiet, expensive elegance while men stick to suits and ties.

2. Amazon is currently investing heavily in Italy — with a 60,000-sq.-m. “fulfillment centre” underway near Rome, forecasted to create 1,200 permanent jobs within several years.

1. Know the lingo. Those at larger companies speak English, while local businesspeople and wholesalers will often need an interpreter.

2. City tax. All hotels in Italy now charge a city tax, which varies. The fee is added to your total and it ranges from three euros per night per person for one- or two-star hotels to seven euros per night for five-star establishments.