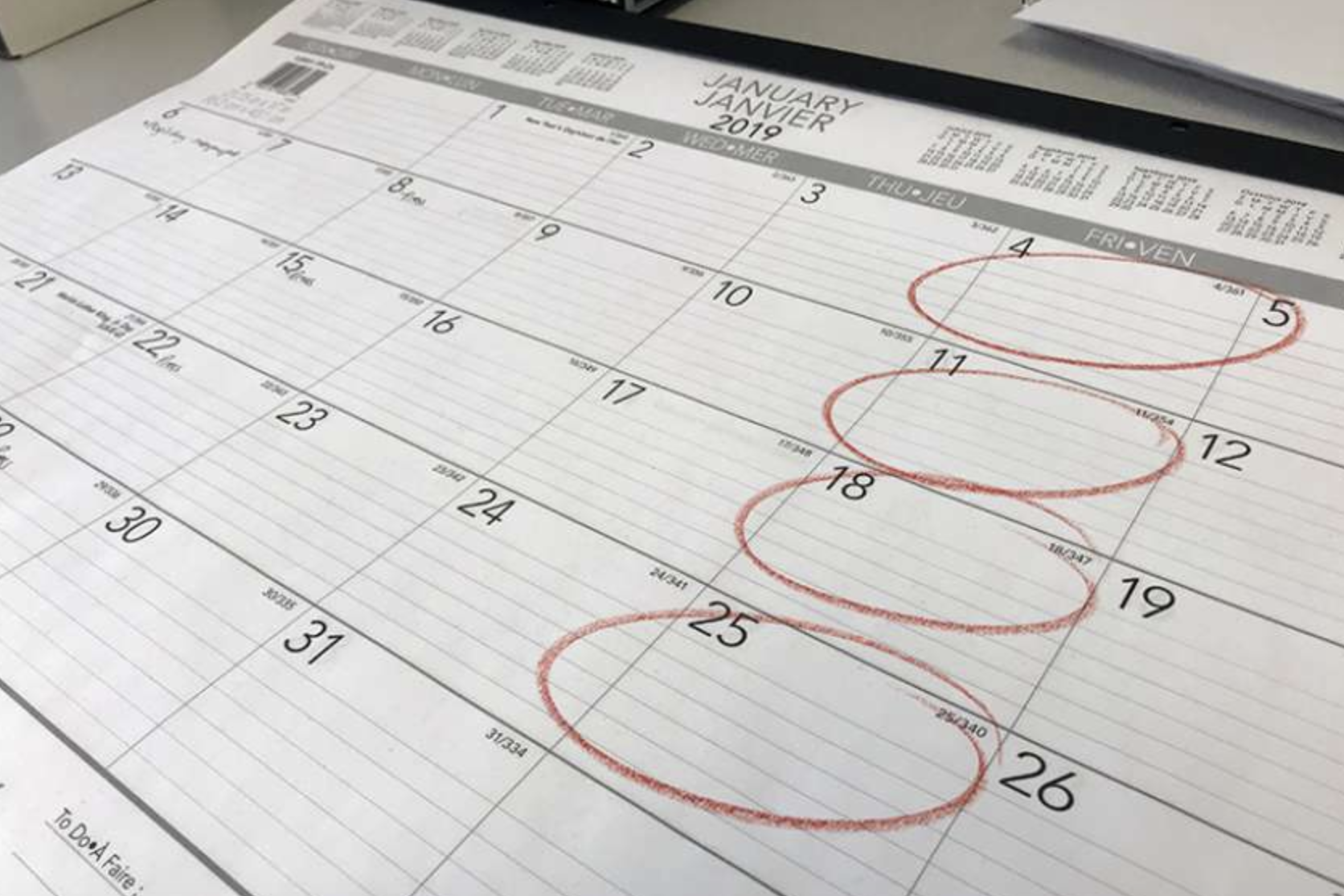 Written by Vanessa Santilli-Raimondo for The Catholic Register on March 28, 2019

When I first started thinking about what I would do for Lent this year, the last thing I imagined was a fast that would encompass 54 Fridays, running until Easter of next year.

Then I met Erin Kinsella and the next thing I knew I was committing to meatless Fridays not only for this Lent, but for all of the coming year and right through Lent 2020.

Kinsella describes the 54 Fridays initiative as “an invitation to holiness.” She has taken the concept of a Lenten fast and expanded it to literally encompass 54 Fridays — from March 10, the first Friday of Lent, all the way to Good Friday on April 10, 2020.

The fast can encompass whatever gives participants a sense of not being fully satisfied in some way, as long as it is done as an offering to God recognition that only He can truly satisfy. It also includes a call to prayer, such as praying the Divine Mercy Chaplet. After talking to Erin, I decided to give it a try. I’m not alone.

According to Erin, the Director of Campus Ministry at the Newman Centre Catholic Mission at the University of Toronto, 334 people have joined the 54 Fridays Facebook group. They are mainly from Toronto, but also come from places like Nigeria, Iran, Mauritius, Slovakia, the United Kingdom, the United States, Italy and Peru.

“There have been new people added to the group every single day since we started, which is hugely encouraging because it seems that the call to prayer and fasting is deeply resonating with people who love the Church and want to respond to the challenges of our time, but don’t know where to start or what to do,” she says.

I’m participating by abstaining from meat on Fridays — a tall order for a carnivore like me — and by avoiding refined or added sugars. Not long after I started, I came across a reflection by Pope Francis from a recent Vatican summit on sustainable development. He said that in order to find a shared response to the cry of the Earth and to the cry of the poor, “those of us who are religious need to open up the treasures of our best traditions in order to engage in a true and respectful dialogue on how to build the future of our planet.”

Among the United Nations’ 17 sustainable goals to achieve “peace and prosperity for people and the planet” by 2030, responsible consumption and food production jumped out at me as being personally achievable through the practice of fasting — no doubt “one of the treasures of our best traditions.”

My initial reason to go meatless during the 54 Friday initiative was entirely spiritual, but now the environmental aspect has provided added motivation.

According to a recent United Nations report compiled by scientists from 70 countries, meat consumption is driving up carbon emissions, with beef production and distribution being the worst offender in generating greenhouse gases. As a society, we “plough through this planet’s finite resources as if there is no tomorrow,” said Joyce Msyua, Acting Executive Director of UN Environment.

North Americans are accustomed to abundance. Trips to the supermarket let us buy pretty much whatever we desire. But awareness of the planet’s environment should be spurring a mindset shift. We must practice the virtue of temperance when buying meat, realizing that the Earth’s resources are finite.

In Laudato Si’, Pope Francis says we act as if there “an infinite quantity of energy and resources are available, that it is possible to renew them quickly and that the negative effects of the exploitation of the natural order can be easily absorbed.” He calls it a false notion that should be reversed.

Responsible consumption should also include a commitment to cut food waste in half. According to Second Harvest, more than half of all food produced in Canada is lost or wasted. This spoiled food is responsible for 56.6 million tonnes of “carbon dioxide-equivalent” emissions. The need for change is critical.

My commitment to the 54 Fridays initiative came out of prayer and a sense of wanting to do something to support the Church in the midst of all its struggles. I began the fast hoping to reap spiritual dividends. It is an unexpected bonus to learn that, in my small way, I am also playing a role in improving the state and health of “our common home.”