Written by Vanessa Santilli for Smith Business Insight on Feb. 10 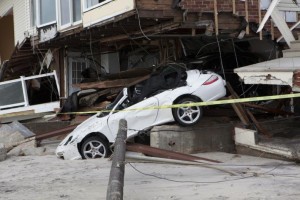 In times of natural disaster or social disruption, standard management practice is to reduce the demands on employees out of compassion and understanding for their well-being. But doctoral student Derin Kent at Smith School of Business says this approach can ignore what many people need most during dark times. Drawing on previously published accounts of how New Yorkers responded to the September 11, 2001 attack on the World Trade Center complex, Kent says that continuing everyday work in organizations can actually help some employees find positive meaning in the aftermath of tragedy and cope more effectively. In this conversation with Smith Business Insight, he offers advice for leaders and managers on what this perspective may mean for the workplace.

Work As A Source Of Meaning

The traditional understanding is that if there’s a major disaster or tragedy in society — Sept. 11 attacks, natural disasters, or school shootings, for example — people generally want to spend more time with their families reflecting on their lives as the events trigger stress and loss of meaning. As a result, the public view companies that demand or encourage people to return to work after these events as callous and self-interested. While that’s one valid view, the research shows that people want to respond in some way to disaster, and a lot of people search for meaning through involvement in their work.

For example, using the example of 9/11, investment banking isn’t something that people traditionally view as deeply meaningful work as compared to being a doctor or a volunteer helping with the disaster by donating their time or money. But a lot of investment bankers found that returning to work was their way of fighting back against the terrorists. One man tried to donate blood and help in other ways but was rejected, and he said to his colleagues, Keeping this company running is one way I fight back.

When people lose meaning and feel uncertain, having a routine can help them find a certain level of comfort. But linking those routines to a broader goal is what provides meaning. The investment banker who, prior to the attacks, would have likely been in the job for money and prestige found that his work took on new meaning following 9/11. Keeping the banks running, making trades, and helping the American economy survive the terrorists is what now mattered to him.

Connect Work With The Broader Story

Not everyone would want to respond in this way. It’s an alternative to the norm. But in a time of crisis, employers shouldn’t assume that people want to move away from work. A lot of people, in uncertain times, want to participate. And one of the ways they can participate in society is through their work. Of course it depends on the conditions, but don’t assume that work is not a meaningful place where employees can find a way to be involved.

There is one caveat, though: there needs to be a link between the organization’s identity that can at least symbolically be connected to the events that are going on. One communications company, Verizon, appealed to its employees by reminding them that restoring communications supported the re-opening of the New York Stock Exchange, which in turn the President had described in patriotic terms. To use a reverse example, AT&T was criticized for using a tribute to the World Trade Center in their marketing efforts which appeared to highlight a smartphone’s screen resolution. So there has to be a balance between allowing people to participate and giving them meaning and not coming across as too self-interested. It’s not just the routine, it’s about connecting the work with a broader story.

Don’t always assume people are helpless in disaster settings. When tragedy strikes, the traditional view is that chaos will ensue, but this is a fallacy. In times of crisis, societies largely tend to band together in solidarity. Political scientists call this the ‘rally round the flag’ effect. In 2001, former President George Bush’s approval ratings soared, as did the number of Americans reporting pride in their country. These findings take place in the context that people are part of a broader movement looking to participate and the workplace is one of the places in which they can.